The band formed by Jamie Hewlett and Damon Albarn are about to release a new album and according to recent rumors and hints by Hewlett the new record might feature a track (or more) by the late David Bowie. These rumors were dismissed after Bowies death. But new hints point to a collaboration, suggesting that Bowie had worked with them before his death. First there was an image of a Gorillaz cartoon figure holding the cover of Hunky Dory and recently Hewlett released a picture on Instagram depicting Bowie with the caption Bad Bowie. Considering the level of secrecy of David Bowie prior to his death this might well be true, thus fulfilling the promise that there is a lot more to come from Bowie after his death. Damon Albarn the frontman of Blur and one of the founders of Gorillaz performed with Bowie singing “Fashion” and for the track “M.O.R” Blur drew inspiration from “Boys Keep Swinging” and “Fantastic Voyage”.   After his death Damon Albarn said Bowie “has such a profound effect on my life, I don´t know where to start”. Judging from the images God, Bowie, Albarn and Hewlett only know whether the rumors of a collaboration are true or whether the new Gorillaz album is just a heartfelt tribute to David Bowie. 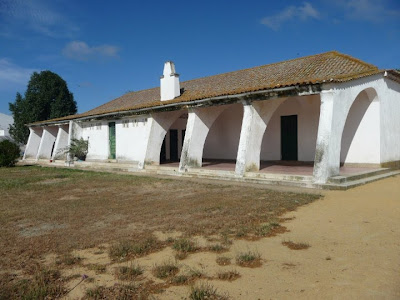 This is the picture, what we get to see when we visit Portugal’s primary schools in rural areas. Where once dozens of children used to run and scream in the playgrounds we now see only a couple of sheeb eating the grass that settled in. The children shouting, yelling and chatter was replaced by the cattle bells echoing like soft chimes. Walking around the village we see old men sitting in benches. Life has become boring. They took away their routine. They were used to see the children walk by on their way to school and some of them had the joy of sharing meals with team at lunchtime in a elderly’s home that had the clever idea of mixing young and old together. Watching the pupils go by was for these old people an happy reminder of the old when they too were kids. But most of these old men and women never had the chance to go to school and that is why seeing the boys and girls with their school bags learning how to read was so pleasant. But everything has changed now and the streets are now empty and silent. Children at the age of six to 10 now wake up earlier, are put on a bus and send to the nearest town, sent away to a different place, to large and cold premises and left to their fate for 8 hours. No more lunches with the parents and grandparents, no jumping the school walls to venture in the peaceful and harmful field around. They are sent instead in these cold premises where they will get used to wide and huge buildings so they may become one day orderly shop assistants, cashiers, restockers or bartenders. As for the village, it is there, dying, deserted, deprived of joy.