It is one of the most iconic albums by David Bowie and contains “Heroes”, the title track that has become an hymn for some generations. The album was recorded in Berlin at the Hansa Studios right next to the Berlin Wall and together with Low and Lodger forms the Berlin trilogy, for many, and Trendenz also, the best in Bowie’s career, along with Scary Monsters which would be recored years later but still retains the Berlin influences and the Kraftwerk influenced electronic sound. 35 five years later “Heroes”, “Neukoln”,  “The Secret life of Arabia” or “Sense of doubt” remain timeless masterpieces and a bring us back to the cold war days of West Berlin, an isolated city at the time but whose isolation has contributed to a brilliant set of songs like these. Aside from the musical genius, thanks to a great extent to the influence of Brian Eno, Heroes is thus both a musical and historical document 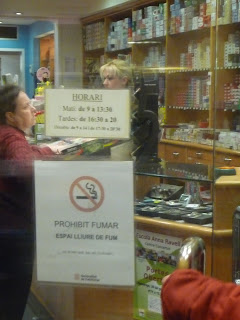 The world has become a boring place to be. Regulation after regulation, law after law, life on Earth is losing taste and citizens now resemble packs of zombies with no will of their own. Everything is being done to preserve the health of nations and to defend the harmless peoples from those who like to inflict harm on themselves..and on the others. In summary, they are trying to make perfect model citizens.

You have certainly realized by now that I am not referring to speed limits, house insulation or the implementation of democratic regimes and that this text has more to do with smoking and other mean habits such as expelling smoke indoors, drinking lagers or spitting in the street. As for the latter, forget it – that is something truly obnoxious. As for beer, I prefer wine and whisky these days. As for smokes, well, you’ve guessed. I do love smoking. And I love travelling to places where I can enjoy a cigarette before, in-between meals and after having a delicious expresso. Which brings me to the reason why I am writing this. I am currently in Barcelona, just one hour and a half away from Lisbon by plane and if there is something I like about Catalonia and the whole of Spain is the art of parties. These people smoke like maniacs, drink as if there was no tomorrow and apparently never sleep. Coming to this country has always been a synonym of partying and I have always admired the guts of this country. Up until now, 26 days after a hefty smoking band in the whole of Spain. I am now writing this in a hotel room, having a cigarette and running the risk of being sued (or arrested for that matter) for smoking indoors. A couple of hours ago, I was having dinner in a hype party full of cool people from fashion and arts. The food was great, the drinks generous as usual, but there was something missing and hence the best way was to avoid engaging in long conversations. I do not mind long conversations but there is nothing worse than a glass of wine without a cigarette. Therefore, the best way is to cut your’s and other’s stories short as you need to go out and have a cigarette. After a while me and some friends decided the best thing to do was to leave. We have arranged to meet again, but in the Algarve while we still can have a smoke in some bars in that region. Paris, New York, London and Milan were once good party towns. And so were Madrid and Barcelona. But for smokers like me the only reason to travel to these destinations will be work or to visit truly good friends. If I want to party, and that includes having a meal or a drink and a smoke, the I rather stay in Lisbon or take to Berlin, two cities still freed from these dictatorial prohibitions and where you are still allowed to be an imperfect human. As for the aforementioned cities, well forget, at least in the winter. I will come backfor leisure only in the summer. I only hope they will not got that far as to forbid smoking in street cafes too.
Should you have a different opinion, don’t bother. I know what you are going to say. Hence, if you want non-smoker solidarity I kindly urge you to refer to another blog. Yours sincerely….