Like Loading...
Fashion shows are there to see the latest creations by the world’s top designers. But on the front row and around there is always an interesting array of people dressed up for the occasion. Here’s some pics taken at the Autumn/Winter 2011/12 in March at the Paris Fashion Week 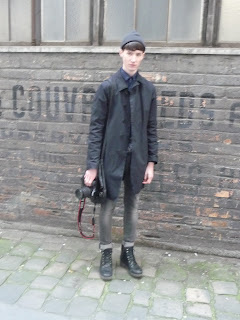 He was the boy with the coolest look and attitude at the Manish Arora fashion show and he was nice enough to let me have his picture taken. 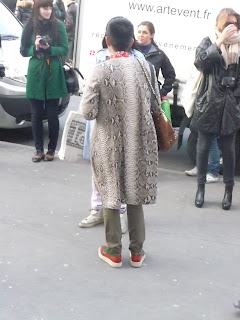 This Japanese had the perfect shoes by Prada, the must have of this spring/summer and a great snake skin coat with a great texture. The picture was taken outside the fashion show by Felipe Oliveira Baptista, a Portuguese designer living in Paris and the new creative director of Lacoste. 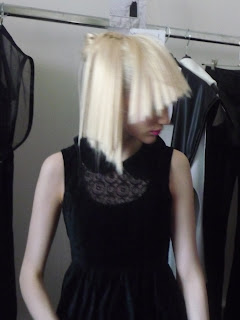 Loved this haircut seen at the backstage of Portuguese Fashion Designer Fátima Lopes. 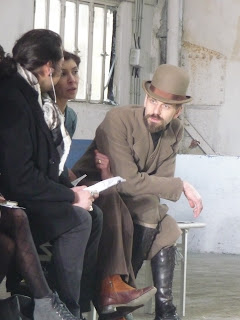 Dandies are back in force, particularly in London. Don’t know whether this was the case but it was nice to see this gentleman in full attire. Photo taken at the fashion show by the Portuguese designer Luis Buchinho. 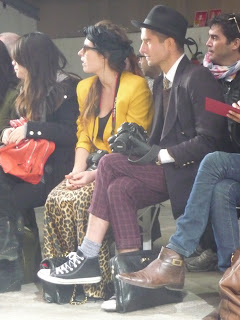 Great look, with hat and everything. I would perhaps replace the All Star sneakers by something cooler, like a pair of Walker hightops by Marc Jacons or some cherry velvet Doc Martens. Front row at the fashion show by the Portuguese designer Luis Buchinho. 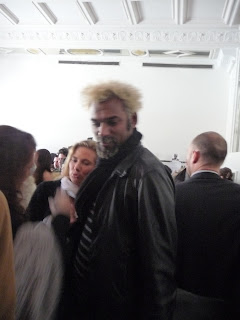 He is someone famous in France, but I forgot his name. But the look was cool. Photo taken at the fashion show by the Portuguese designer Fátima Lopes. 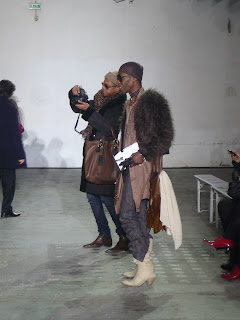 This transvertite hasn’t missed the last two fashion shows by Luis Buchinho in Paris. This time without wig. 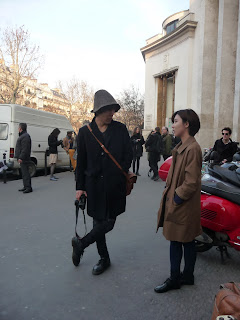 The Japanese are everywhere with their cameras and never miss a bit. Photo taken at the fashion show by the Portuguese designer Felipe Oliveira Baptista 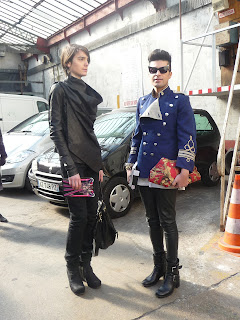 After the fashion show by Manish Arora these two will probably take to the The Face parties, new romantic revival parties hosted by Visage’s Steve Strange in London, 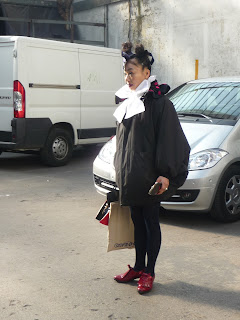 I came across this lady for four days and I was always astonished by her daring looks. Photo taken at the fashion show by the Indian designer Manish Arora, the new creative director of Paco Rabane. After his show some claimed Manish could be the new Galliano. 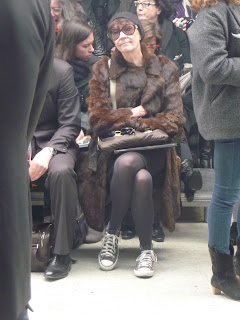 She’s probably American, and once again I would probably dump the boring All Stars. 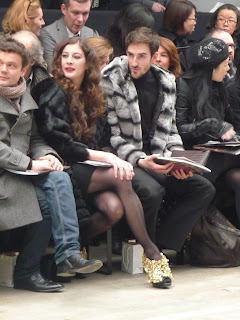 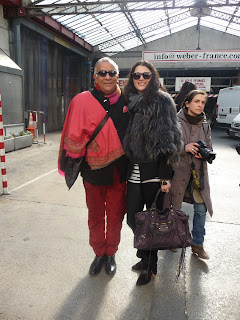 The always elegant Jivi, from India and a fabulous fashion photographer from Bulgaria. Outside the show by Manish  Arora. 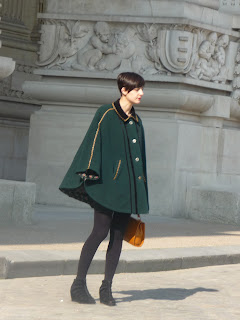 The cool crowd outside the show by Spanish designer Amaya Arzuaga at the Grand Palais. Loved this girl’s coat.