French electronic music guru Jean Michel Jarre released a track with statements by Edward Snowden. The track, along with video excerpts filmed in Moscow, where Snowden now lives in exile, will be presented live during Jarre’s gig at Sónar festival in Barcelona.

Jean Michel Jarre, the French musician mostly known for his electronic masterpiece Oxigéne, an album that has sold over 12 million copies so far, and for having been the first to bring electronic music live to the big masses from France to China, teamed up in 2015 with some members of the crème de le crème of pop and electronic music for his album “Electronica 1”, a sort of history of electronic music. A total of 12 musicians accepted his invitation to work in that album from Laurie Anderson to Moby through M83, Air, Massive Attack’s 3 D or Gesaffelstein just to name a few. One year after, he is back with volume two “Electronica 2: The Heart of Noise”, teaming up again with a handful of musicians from Pet Shop Boys to Primal Scream, Gary Numan, Cyndi Lauper or Peaches. And a new surprising name was added to the list: Edward Snowden.

“Exit” is the name of track featuring the voice of Edward Snowden with declarations on the right to privacy and the need to stand up for those rights. “If you don’t, I will”, he says. In the track Snowden’s voice comes out amidst fast galloping beats and electronic sounds and sirens as if someone was being chased. “One of the recurrent themes of Electronica Vol. 1 & 2 is the ambiguous relationship we have with technology. On one side we have the world in our pocket and on the other side, the world is spying on us constantly. Edward Snowden became a modern hero, not by saying ‘stop’, but to be careful regarding the (ab)use of technology. Our future needs brave people like him”, Jarre said, thus explaining the reason why this activist’s voice features in his album. According to the Guardian Jarre’s wish to meet Snowden was expressed during an interview to this newspaper and it was the Guardian that made it possible to the French musician to get in touch with Edward Snowden by providing Snowden’s lawyer’s contact. After a skype conversation where the track was played to Snowden, Jarre travelled to Moscow to film Edward Snowden who’s been living in exile in this city after whistleblowing details from the American NSA. The Images filmed will be shown during the première of Electronica 2 at the Sónar festival in Barcelona and will be preceded by a talk on June 16 at Sónar +D where he will speak of his use of technology when staging his shows and most probably about Snowden’s collaboration in a track from “Electronica 2: The Heart of Noise”. 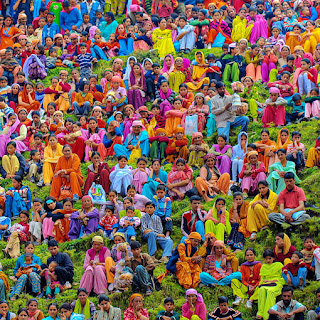 “Explode” by the Portuguese band The Gift was considered one of the best record covers of 2011. Kasabian, Strokes, Apparat or Fleet Foxes were some of the bands whose vynil record covers were also deemded the best of 2011.
This was made by Velcro Design and the remarkable photos by the Indian photgraph  Poras Chaudhary who was also in charge of all the inlay photos. This record was released last Spring and this recogniton comes one week before The Gift launch their new record on January 9th, 2012.