It’s the end of one the most iconic contemporary dance companies in the world. The announcement was made today by its founder Edouard Lock.

Canada has just lost one of its most sound and prominent cultural products. Contemporary dance company LaLaLa Human Steps, formed in 1980 is no more, according to its founder Edouard Lock. “Its been an amazing journey full of outsized memories folded over decades”. But this adventure ends today he said as he announced his resignation as choreographer and artistic director of LaLaLa Human Steps.  “The last tour was a difficult one financially.  Though the debt was reduced substantially due to the generosity of many of our creditors, the cuts that followed and the decision not to guarantee more than the current year of subsidy has made it impossible to continue”, Edouard said. This decision and his resignation thus puts an end to 35 of remarkable choreographies and plays.

Formed in June 1980 LaLaLa Human Steps were of the most iconic dance companies in the world with their very particular styles and where acrobatics played a distinguishing role. Some may remember their famed plays, the fine synchronised movements in “Amelia” or the beautiful tale of love, sex and attraction in “Human Sex”, shows where the body was brought to new heights as if the body did have no limits, no frontiers. Choreographer Edouard Lock and dancer Louise Lecavalier were the main names behind LaLaLa Human Steps. David Bowie fans surely remember the great dancer’s performance with the man on “Look Back in Anger”. “One can redefine music through movement”, David Bowie said on this company. After having seen them performing “Human Sex” he would invite Edouard and Louise to create with him the choreography for one of his songs.

With this unexpected announcement the world thus loses the possibility to see more of this remarkable dance company work. In his letter send today Lock thanks all the theatres in the world where they perform and writes these hearfelt words to his dances: To the dancers, what can I say. Their dancing covered them in a mystery that only beauty at its most fragile deserves. To these dance artists who traced such a unique path through the years and who reached both into the work and out toward the seats in equal measure I offer my heartfelt gratitude.” We too we would like to express our gratitude to the LaLaLa Human Steps. 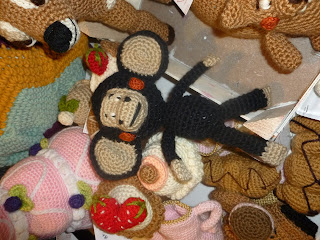 We just loved this knitted toys on sale at the Madrid Fashion Week premises. Fruits, objects, animals, you can find all kinds of wonderfully crafted objects on their site and buy them online Check out the cute monkey, the groovy telephone or the cool computer on their site: http://lepetitpaquebot.es/ 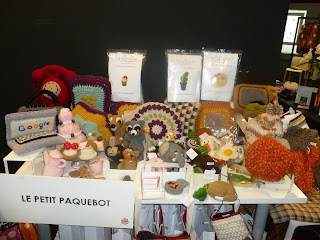 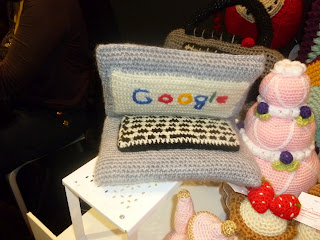