Some called them New Romantics, others referred to them as Futurists  or as the Blitz Kids. Born in the beginning of the 80’s in a London club called the Blitz, Blitz Kids is probably the name that best encapsulates this youth movement which brought fashion and extravaganza to a new level.
Steve Strange and Rusty Egan are the main names behind these club nights, the first with its daring look and tons of mascara, the second the person in charge to the synth music that took this wild mob to the dancefloor – Both would later work together in the Visage, the band which delivered the huge hit “Fade to gray”.

From this club nights resulted a movement, the New Romantics, highly influenced by both the music and aesthetics of David Bowie. Boy George and Culture Club,  Duran Duran, Spandau Ballet, Ultravox, Bow Wow Wow, Heaven 17, Gary Numan, Human League, Soft Cell or Adam and the Ants were just some of the names that provided the soundtracks for the crazy lives of these mob which Graham Smith covers and portrays in the book entitled “We can be Heroes, Punks, Poseurs, Peacocks and People of a a Particular Persuasion” which has just come out:.
(http://www.amazon.co.uk/We-Can-Heroes-Particular-Persuasion/dp/1908717653 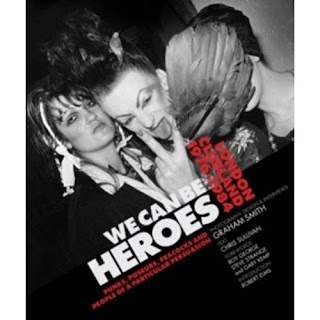 For those wishing to revisit these extravagant nights please check the London media on a regular basis and look for Blitz has been hosting one off club nights in this city. Aside from these nights, some of the aforementioned bands have been making regular comebacks, as it is the case of Heaven 17 which, after has been playing regular gigs featuring both the band songs and the songs recorded at the British Electric Foundation, hosted gigs with household names such as Boy George, Midge Ure or Green Garthside. Others, such as Duran Duran, ABC or Boy George have been making regular comebacks in stand alone concerts or in major festivals.
Carlos Tomé Sousa 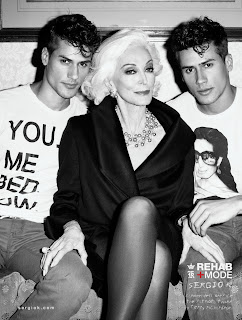 A 81-old woman, a transsexual and two newly acclaimed male models are the stars of the new campaign by Brazilian fashion designer Sergio K, one of the most renowned names in this Portuguese-speaking country. This campaign featuring photos by the star photographer Terry Richardson is causing a stir in the media worldwide given its provocative nature. 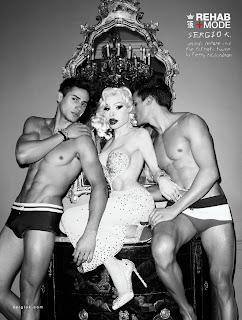 The photos depict the Patriot brothers with the American model and transgender Amanda Lepore and with the 81-year old Carmen Dell’Oreffice, one of the oldest American models who started working at the age of 15 and is still to be seen in the catwalks. As for the Patriot twins, they are the new stars in the male model constellation. This campaign is a great stunt by Sergio K and is raising the awareness towards his brand which is now set to raise the international public eye. 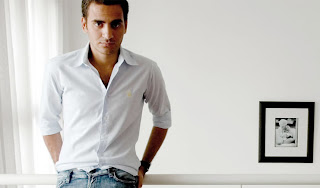 Sergio K is a designer whose brand is fairly well implemented brand in Brazil, a country where he began his career in 2004 selling handmade shoes and where he some years later began designing clothes, having established also successful partnerships with Land Rover, Jameson, Stella Artois or Reebok. Sergio K has a flagship store in the affluent Oscar Freire avenue in São Paulo and his clothing line can be found in more than 150 multibrand stores. His online store at http://loja.sergiok.com.br is also a good option for those wishing to check and buy his creations from polos to swimming trunks, accessories, shirts and even candles by Comme des Garçons.