European, cosmopolitan, avant-garde, nationalist and trendy. These are the main traits of Portuguese fashion whose Autumn/Winter looks we saw at the 44th edition of Lisbon Fashion Week last March and that are now reaching the stores.

After travelling the Lisbon 28 tram, eating the famous cream custards and having left your brain in a bottle of wine or vodka at the sound of fado or electro, it is now time to take a pill, cure the hangover and discover something more about the city and its people and artists. Fashion can provide a good insight.

Look carefully ask around and visit some of the stores featuring the best garments by Portuguese designers for the coming cold season.

Trendenz was at the Lisboa Fashion Week last March and gives you some of the best A/W looks which you will be able to find in these designer’s stores. We hope our suggestions opened the appetite to look for more of Portuguese design which you can find in a number of places scattered around central Lisbon.

For three days at Pateo da Galé, located right by the huge main square facing river, in a city increasingly fashionable and the preferred world destination for a short stay, the Lisbon catwalk was filled with trends from all over the world yet proud and sure at the same time of its national and historical and contemporary references.

“Curiouser” was the leitmotiv of that edition an expression taken from Alice in Wonderland. Portuguese are indeed curious, eager to discover new places and cultures, something they assimilate pretty well, particularly in the case of fashion designers, something they combine with their increasingly valued national identity.

For the colder season we chose eight looks by eight designers from Aleksander Protic to Filipe Faísca and Ricardo Preto with their designs for elegant women, Alexandra Moura and its proposals from urban and cosmopolitan women, young David Catalan and a trendy colours, Pedro Pedro and his cool effect and Dino Alves and Nuno Gama and their depiction of Portuguese identity in their designs. 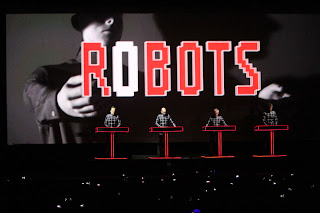 The acclaimed electronic and advanced music festival has conquered the heart and soul of Brazilian in its first venture in this country. 31,000 people took to Sónar São Paulo to see the likes of Kraftwerk, Modeselektor, James Blake, Justice, Flying Lotus, Alva Noto, Ryuichi Sakamoto, Squarepusher and Brazilian names such as Emicida, Dago, Psilosamples, Ricardo Donoso and DJ Marky vs Dj Patife. Parque Anhembi was the venue chosen to host in May 11 and 12 fifty shows on 3 stages of which Krafwerk and Sakamoto were the most acclaimed, along with the wild beats and the sounds of Modeselekor and Squarepusher. 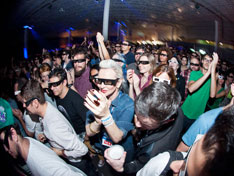 Under the same format of its main event which takes place every year in Barcelona and which attracts 90,000 on average to this Catalan city, Sónar draws a very positive balance from Sónar São Paulo, the biggest event so far outside the Spanish borders. Sónar has hosted until now 31 events around the world since 2002. London, Lisbon, Hamburg, Tokyo, Rome, Buenos Aires and New York were some of the cities covered. But none of these events has had the dimension of Sónar in São Paulo, a city were this festival hosted a smaller event in 2004. 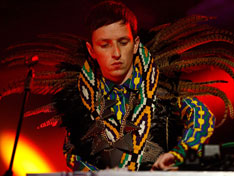 Brazil has been raising its profile in recent years and musically is keen on proving that it is not just the land of Samba and Bossa Nova but also a place where all music combinations are possible. A proof of the importance of events like this was given by the country’s government which designated Sónar São Paulo “a cultural event of national interest” not only given the presence of some of the biggest names in international modern music but also given the chance it provided to show new Brazilian talents to the world, considering that this event was broadcasted on Youtube.