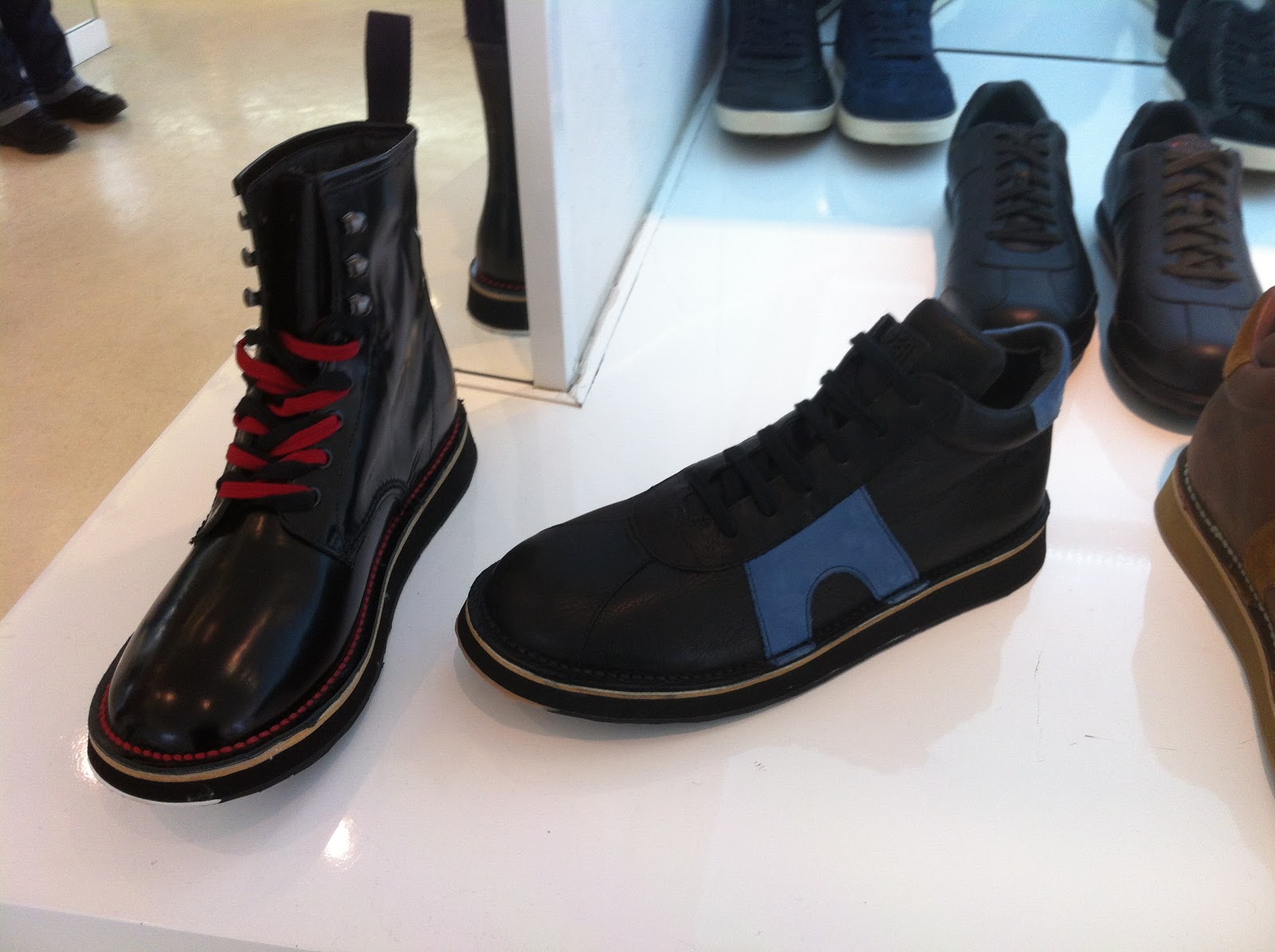 Camper, the Spanish shoe brand that has managed to become a true global brand has just re-launched its mythic Brothers model picture above in black and blue. Ever since it opened its first store in Barcelona in 1981 Camper has been able to launch shoe models that have managed to become true household names. That is the case of the Brothers models worn by nearly everyone with a penchant for fashion and comfort in the late 80’s.
Walking the streets of Madrid we came across these two models at the Camper store in Calle Fuencarral: the relaunched early model and the new Brothers with red stitching. On sale at your local Camper retailer or directly from the brand’s site http://www.camper.com/es/eshop/productos.xhtml?type=M