Andy Cato, the other half of Groove Armanda has just announced the release of his solo album “Times and Places, to be released on April 29. According to information provided by Groove Armanda’s site, Andy has been writing this album “over the last 15 years…  on the road on tour with GA, from Airport Lounges / Hotel Rooms / Planes / Trains and an array of tour buses.” 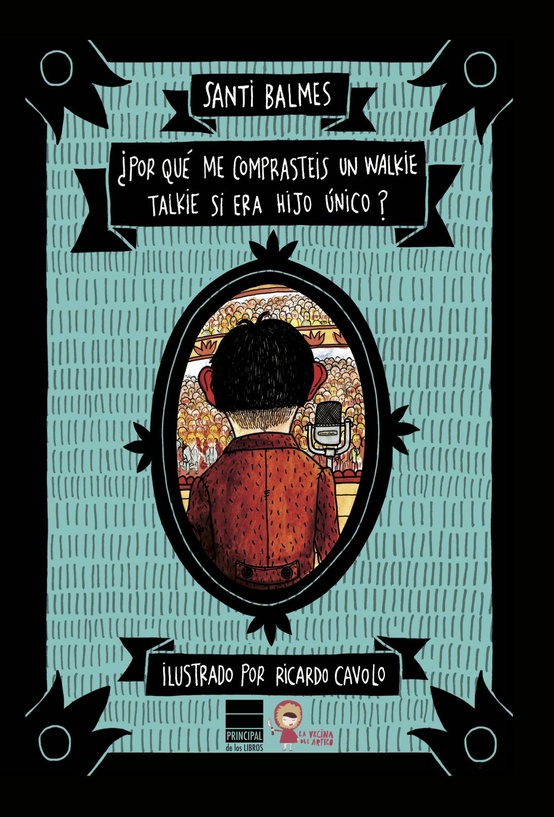 We begin 2013 with a book recommendation. “Porque me comprasteis un walkie-talkie si era hijo único”, a book by Santi Balmes.  “Why did you buy me a walkie-talkie? I was a single child”, tells the story of seventies singer Constancio Obs, also known as Cuchi Cuchi, narrated by his son, through  conversations with his psychiatrist Sigmund Floyd and with his friends, a true voyage through the world of popular music and also a tale of manipulation in the world of showbiz and oblivion artists often fear as their careers progresse.
The book is a must-read to all music fans given its assorted references to the world of pop music, written by a man with experience in the field. Santi Balmes is better known as the frontman of Love of Lesbian, a very successful Spanish band with witty songs of love, despair and celebration of life, of which we recommend “Doming Astromantico” and “Alli donde soliamos estar”.
This is the second book by this Catalan author now targeted to an adult audience, after having written “Yo mataré monstruos por ti” (I will kill monsters for you”). “Porque me comprasteis un walkie-talkie si era hijo único” was released by the publishing house Principal de los Libros, feaatures illustrations by Ricardo Cavolo and is now available in Spanish bookshops and in  assorted and major online bookshops.