Jean Paul Gaultier brought the androgynous and the both dodgy and strong sexuality to the runway in his latest fashion show in Paris where he showed his Spring/Summer 2013 proposals. This time the catwalk was full of feline Grace Jones, androgynous Anne Lennox and Boy George lookalikes, among others, a show that relied on the presence of disco diva Amanda Lear, one of the first transgender characters to make it to the music pop charts in the late 1970’s.

Busy day today in Madrid. Sensation band Lineas Albies return to their hometown and will be playing at Sala Scirocco at 8.P.M. A promising gig an a good opportunity to see them before they head back to Los Angeles where they currently live and where they recorded their Pink Album which they will be presenting in the Spanish capital.
After this at 10.30 P.M. another sensation band from Spain, Prin’ Lá La will playing live their own particular soundtrack to Nosferatu at Cined Callao.
This band from Cordoba has recently launched the acclaimed album “Un Nuevo Orden” and has been touring Spain. 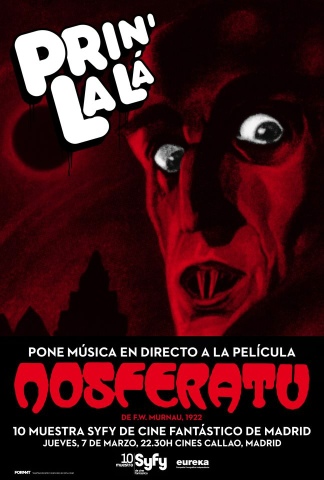