They are the world’s most sensual band ever. With a clever mix of electronica and dance beats, mellow voices and lyrics that point straight to your heart The Beloved managed to become Pop’s best cherished treasure.

It’s 1 a.m. and the room breathes love, laughter, hugs and a general sense of get togetherness prevails. “Let’s come together, right now, oh yeah, in sweet harmony” comes out of the speakers in that Lisbon club and a mellow bunch of boys and girls rejoice. It’s the 1990’s, love is in the air and they are having the time of their lives, fuelled by a general sense of joy, happiness and hedonism assisted by a soundtrack praising precisely that. “Sweet harmony” was the song causing such emotional havoc, a song retained in the memory of a generation who felt special and even more so at the sound of The Beloved, the band that helped turning this world a better place. “Conscience”  is the album containing this track, an record with a general feel good vibe. Released in 1993, it followed “Happiness” which came up three years before, a dance-oriented album featuring a number of highly successful dance tracks, from “Scarlet Beautiful” to “The Sun Rising” and the epic “Found”. Jon Marsh’s sensual voice was already there. But things would change after Steve Waddingston, one of the founders of the band, left the band and was replaced by Helena, Jon Marh’s wife. With Helena’s contribution the band’s sound gained an additional tone, the sound became mellower and “Conscience” was born. Featuring the couple’s voice on most tracks, the band would thus become the 90’s most sensual band.

The symbiosis between the two was perfect and it would materialise three years after in yet another great record. “X”, the new album, came out in 1996 and its cover, as if we hadn’t realised it by then, fused Helena and Jon’s face, pointing to another record where both voices matched perfectly. The album begins with “Deliver me”, a song where the initial sad strophes give way to a general sense of well-being and open up to a number of tracks with hard beats and lyrics that do more to start or save your love life than prayer or counselling. If we were to choose a band that best encapsulates the sense of love and hedonism during the 90’s we would have to single out The Beloved. 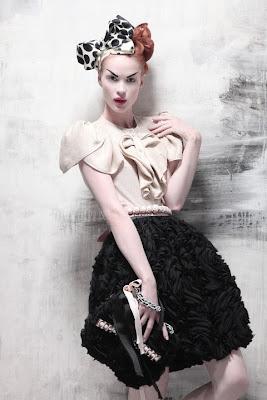