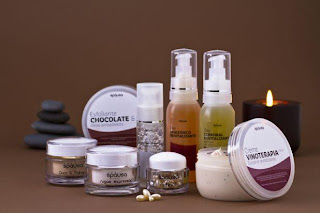 Did you wake up with bags under the eyes after an intense week of work or leisure? Then you should absolutely try the miraculous Spausa eye contour gel. Trendenz tried it and it does work.
This is just one of the products by this Portuguese company which came up with a full line of products to pamper you and to make you feel good. Don’t wait for desert to indulge yourself with a generous portion of chocolate, try the chocolate exfoliant right away. And you don’t have to keep the wine and candle for a romantic date, just use the wine cream to treat your body and the candle to warm the atmosphere around you anytime.