“How do you manage things here, where do you bathe and do the washing“, a friendly voice asks. „Well, I remove the chair, get a plastic bowl and wash my 3 children here. One, two, three, here they go. After that I use the water to wash the floor outside“, the woman says explaining how she manages do so much in such a small room a tiny house in the favela. “And what about the bare necessities?” the friendly voice asks. “Well, we use this bucket and then we throw it in the communal sewage. “That is rather ingenious. It’s great to see how you manage to do so much in a room this small, madam, you are a true engineer“. The friendly voice with the beautiful smile on the small screen asking these questions and showing us around is Regina Case, one of the most cherished women in Brazil. We just loved the the respect she showed for these people with this work of hers – a TV show conducted by her often with a humorous tone. She could do it. She is someone people identify with, someone who can help them make some sense amidst such dire living conditions. It was the year 2000 and it was the first time I saw her on that TV show. We were in Brazil and fascinated by the joy, the landscape, the caipirinhas, the beaches and the architecture and the people. But something was not entirely right . The country was a social mess, a deeply unequal society and the poor people deserved all our respect and even more so Regina for taking sides, the side of those who didn’t make it, who don’t have swimming pools and penthouses, fast cars a plane tickets to Europe.

Power to the people

Fifteen years after I saw Regina Casé again, this time on the big screen in a movie under the name „Second Mother” a movie on the story of a servant in a big house with swimming pool in São Paulo. Regina was the best choice for this part. In an interview to Portuguese newspaper „Público“ the director says she could have used a black actress, but Regina Casé was the right choice. „Val is white, black and indian in my opinion”. And yes she does fill the screen with her fabulous acting craft, playing the obedient yet strong Val, a women who lives for her work without questioning anything. Directed by Anna Myulaert the movie came out when the country seemed to be fighting the long lasting corruption. But others claim that the protests against the left-wing government were being led by the influential high society who felt they were losing their power and their armies of servants at cheap price asking for better working conditions. One thing is sure, the poor were by then venturing in areas that once were the preserve of a few. Towards the end of the movie, Val, the servant played by Regina, dares setting her feet for the first time in the pool of the big house. She is happy, her daughter is going to university, the very same daughter who opened up her mother’s eyes to her living conditions as a servant, sleeping in a tiny room in a big house. Val had never before questioned her status, she was always there for the couple and the spoiled son, serving the rich family high up on the social ladder. Millions still don’t dare and mosf their children don’t make it in life but there is hope, at least in movies like “Second mother”. 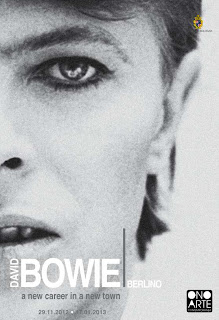 Should you be in Italy or about to travel to this country do not miss the  Italian David Bowie photographic retrospective in Bologna under the name  ‘DAVID BOWIE – BERLINO – A new career in a new town’.

These pictures portray one what is for many the most interesting phase in Bowie’s career, when he left the USA and moved to that German city and where he would meet Iggy Pop and record three if his most stunning records “Low”,  “Heroes” and “Lodger”.