David Bowie’s best-selling record until the day he died was launched 35 years ago today. The move to sing for the many not the few did help his career but would cost him his hardcore fan base who would return to him only on occasion after that when the launched three of his more obscure masterpieces like “Outside”, “Heathen” and the haunting “Blackstar”.

By the time you read this it will be already April 14 in Australia, the continent he took to in order to film the video clip for the song “Let’s Dance”. It was 1983 and there were more folk dancing to David Bowie than ever before. “Let’s Dance” was the main single from the eponymous album and suddenly a considerable part of the world discovered the icon gone global after fourteen albums where he appealed mostly to a crowd that felt motivated to live up to their different music tastes, clothing, sexuality and whatever Bowie stood and stands for ever since he appeared with his new approach to music and fashion. Assisted by funkmaster Nile Rogers, better known as founding member of Chic and producer of major hits from bands like Sister Sledge the record made its way to dance floors. But despite the clear funk influence Bowie did not give up his rock influences having invited Steve Ray Vaughan to add his guitar riffs thereby launching an album with the right funky feel that suited the early 80’s but with a pint of rock here and there. The image, another distinguishing feature of David Bowie seemed to follow the popular spirit of the new Bowie. Wearing immaculate suites in pastel colours and his hair dyed blond Bowie looked rather like an northern-European holidaymaker than the alien he had impersonated in some records.

35 years after being released “Let’s Dance” is still a difficult album to digest for the hardcore Bowie fan and marked a period of some creative decline in the man’s career. The Bowie for the many not the few was not the Bowie the few waited for and he would regain his particular fanbase only after “Outside” which followed the popular “Tonight” and the not so popular “Never let me down” and “Black Tie White Noise”. After that he failed again when trying to have a go with drum’n and bass with “Earthling”, when he launched “Hours” a mild album and “Relity” equally mild, the album that preced “Heathen”, the record that hinted somehow to the path he would follow when he launched “The Next Day” and his final epos “Blackstar”, the record that proved that despite some failed attempts he was still the man he stands for for many – avant-garde, unpredictable and master of reinvention. 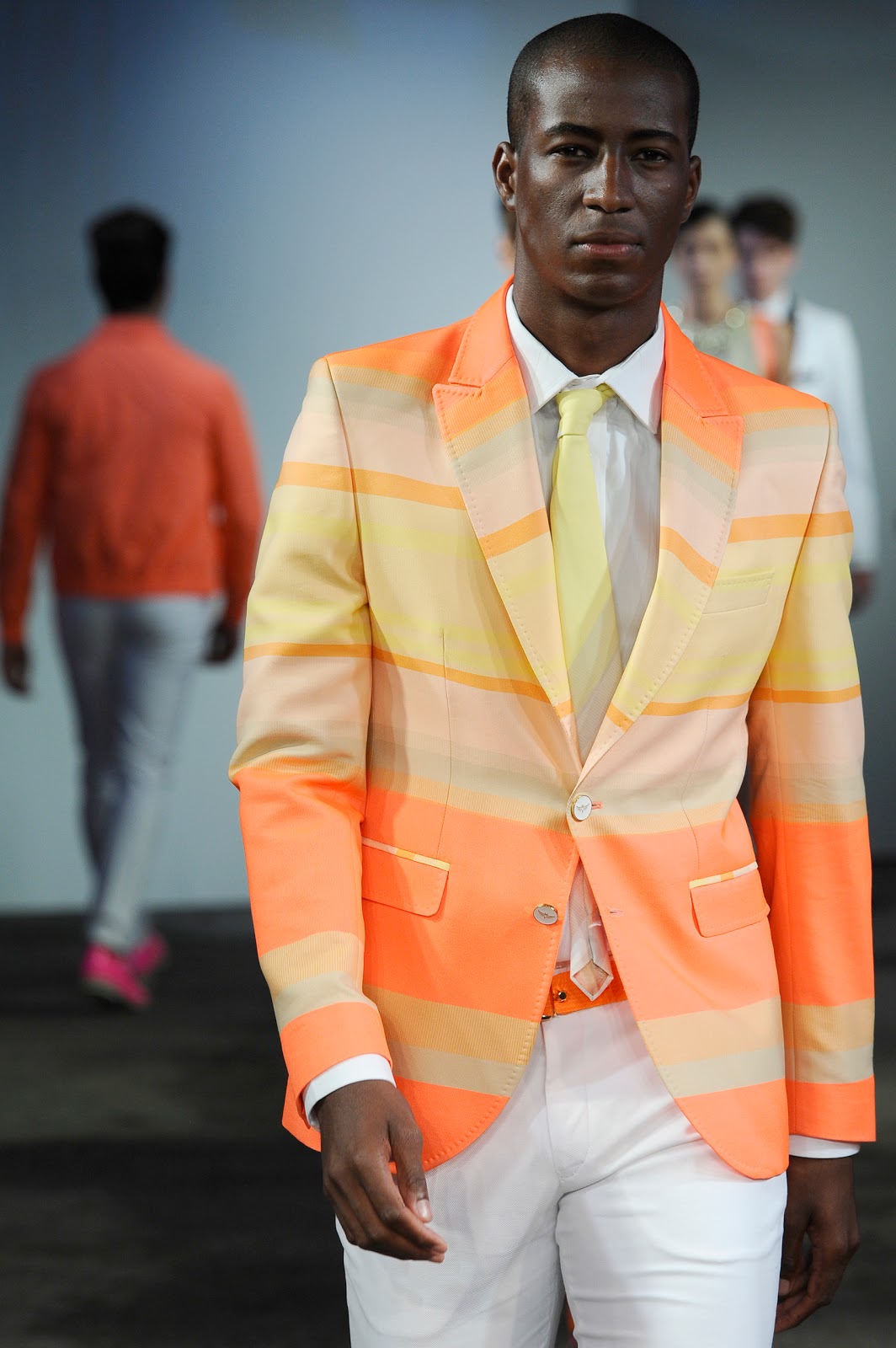 Portuguese fashion designers Miguel Vieira and Luis Buchinho took to Brazil on December 6 to show their summer collections in São Paulo. Sentir Portugal (Feel Portugal) was the name of this event which is there to bring new products, concepts and projects closer to the Brazilian public. São Paulo is probably the best place to show the new creative vitality of Portugal in Brazil, a country with 150 consumers.
Miguel Vieira presented its collection “Perfume”, inspired in “exotic cultures an idyllic landscapes” in garments with predominantly snow white, black caviar and Sahara sand colours, along with the lime green and orange, a collection he defines as “reinvented classic”.
This Portuguese designer is one of the designers in the country with more export experience, particularly as regards his shoe collection. We cand find his shoes and accessories collectins in the most important trade fairs in Europe. In recent years, he has been betting strongly on the addition of his clothing line to his range on offer in international markets and trade fairs, particularly with the addition of a new clothing range for kids, launched last year at the Portugal Fashion shows in Oporto. 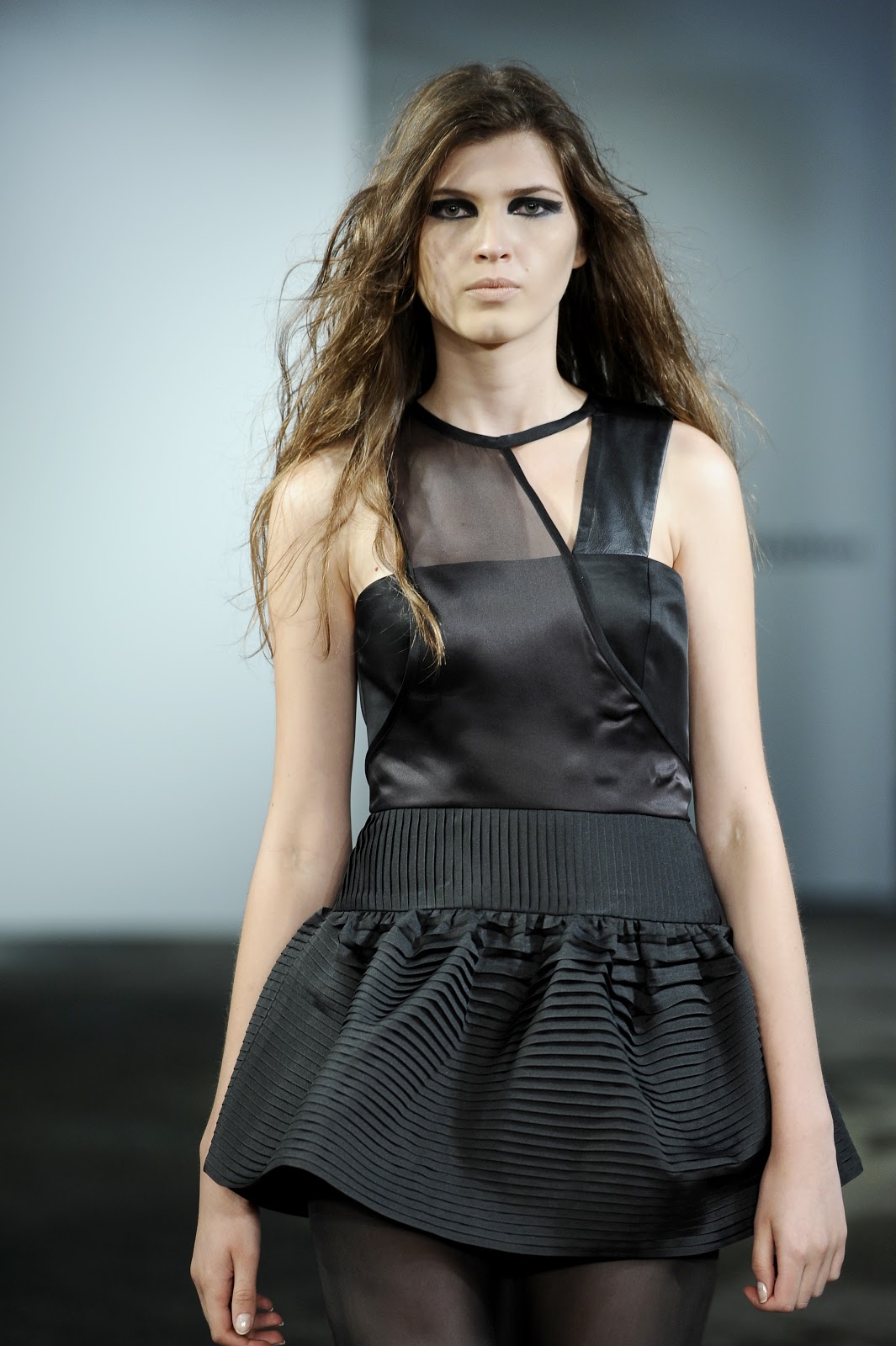 Luis Buchinho showed a collection inspired on the modern language of architecture, with pure geometric forms and contrasting graphic effects, anatomic cuts and micropleats, in predominantly metallic and copper tones.

Buchinho was recently appointed Best Portuguese fashion designer at the Fashion Awards, a feat which he repeated after having won this award in 2010 in this very same event. In 2011 he did receive also a Golden Globe in Portugal for best fashion designer. He recently opened a second store in Oporto and has been a regular presence in the Parisian Fashion Week. Bread and Butter Who’s Next and Gallery 2020 are some of the events where we had the opportunity to see his range of clothing.

On the day of his birthday David Bowie’s legacy reaches smartphones worldwide via a new app, an official augmented reality adaptation of the legendary exhibition David Bowie Is. David Bowie is more alive than ever through the thousands of tributes to the man who would be 72 today and died at the beginning of 2016 […]

Lisbon Fashion Week celebrates its October edition under the motto Luz (Light) on a new venue, this time in the heart of one of Lisbon’s most beautiful parks thus shining again a light through fashion on iconic places and buildings in the Portuguese capital. Twenty three fashion shows by both Portuguese designers and brands and […]

Soulwax, also known to the dance community as 2ManyDJs have released one of the best tributes to David Bowie so far. “Dave” is an incredible mix of sound and vision of the man’s songs, a great reminder and a fabulous introduction to Bowie’s songs for the generation of this new millennium. Sound David Bowie would […]