Rodrigo Leão, one of the most prominent Portuguese musicians with a sound international career, has just launched “Songs”, a record featuring all his songs in English and recorded with the collaboration on vocals of interatinal stars such as Divine Comedy’s Neil Hannon, Portishead’s Beth Gibbons and Scott Mathew. To mark the occasion, Rodrigo Leão invited these three musicians and other guests to take to the stage with him and his band in Lisbon and Oporto of which we give you one video with the king of coll Neil Hannon.
This founding member of the iconic Portuguese band Sétima Legião would later be also one of the founding members of Madredeus, having embarked on a solo careers and released a dozen of remarkable records mixing electronica with classical music influences and tones and tunes from different parts of the world, e.g. Brazil or Argentina.
Aside from the collaboration with the three aforementioned artists, Rodrigo Leão worked together with Ryuchi Sakamoto, in “Cinema”, an album considered by the magazine Billboards as one of the best of 2004.
Listen to “Songs” to listen to “Cathy” with Neil Hannon and other songs in this album and check his bio and work at www.rodrigoleao.pt to have a clearer picture of the work by this composer. 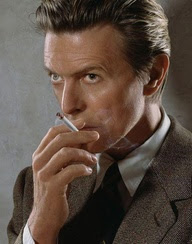 David Bowie celebrates 66 years and instead of waiting for us to give him a birthday present, which we would be delighted to, he decided to give his fans not one but three presents. As of today those who love and cherish the man, or simply admire him, will have a new DavidBowie.com site with a great deal of material, and 119 countries can pre-order both the new single “What have we now” and the new album “The Next Day” on iTunes, an album to be released worldwide in tow months. 10 years after his last recording Bowie is back in force and in style. The month of March promises to be a full one with the release of the new album and the big exhibition at the Victoria & Albert Museum in London from March to July covering a fair deal of Bowie’s career and collaborations with the world of art with hundreds of objects on display. As for its 30th studio recording “The Next Day” was produced by Tony Visconti, the man who has worked with him in numerous records in his career. The album features 14 songs. The is also a deluxe version available with three more songs. David Bowie, who has been living in the last two decades in New York hasn’t unveiled so far any plans to go on tour. But considering the press buzz, the exhibitions and the good reception of the new single, it is expected that the man who sold 130 million albums will take to a stage soon somewhere in the planet. Meanwhole listen to the new single and check the new site www.DavidBowie.com where you can listen the new single, new versions of old songs and new material supplied by the man who was one of the first musicians to start exploring the huge potential of the Internet.