David Bowie’s best-selling record until the day he died was launched 35 years ago today. The move to sing for the many not the few did help his career but would cost him his hardcore fan base who would return to him only on occasion after that when the launched three of his more obscure masterpieces like “Outside”, “Heathen” and the haunting “Blackstar”.

By the time you read this it will be already April 14 in Australia, the continent he took to in order to film the video clip for the song “Let’s Dance”. It was 1983 and there were more folk dancing to David Bowie than ever before. “Let’s Dance” was the main single from the eponymous album and suddenly a considerable part of the world discovered the icon gone global after fourteen albums where he appealed mostly to a crowd that felt motivated to live up to their different music tastes, clothing, sexuality and whatever Bowie stood and stands for ever since he appeared with his new approach to music and fashion. Assisted by funkmaster Nile Rogers, better known as founding member of Chic and producer of major hits from bands like Sister Sledge the record made its way to dance floors. But despite the clear funk influence Bowie did not give up his rock influences having invited Steve Ray Vaughan to add his guitar riffs thereby launching an album with the right funky feel that suited the early 80’s but with a pint of rock here and there. The image, another distinguishing feature of David Bowie seemed to follow the popular spirit of the new Bowie. Wearing immaculate suites in pastel colours and his hair dyed blond Bowie looked rather like an northern-European holidaymaker than the alien he had impersonated in some records.

35 years after being released “Let’s Dance” is still a difficult album to digest for the hardcore Bowie fan and marked a period of some creative decline in the man’s career. The Bowie for the many not the few was not the Bowie the few waited for and he would regain his particular fanbase only after “Outside” which followed the popular “Tonight” and the not so popular “Never let me down” and “Black Tie White Noise”. After that he failed again when trying to have a go with drum’n and bass with “Earthling”, when he launched “Hours” a mild album and “Relity” equally mild, the album that preced “Heathen”, the record that hinted somehow to the path he would follow when he launched “The Next Day” and his final epos “Blackstar”, the record that proved that despite some failed attempts he was still the man he stands for for many – avant-garde, unpredictable and master of reinvention.

Welcome to the Trendenz online platform on fashion, music, lifestyle and current and future trends in society.

Trendenz is not parochial. The whole world fits in this page. We cover the whole world with our own resources and with the help of special contributors, who we will be inviting on a regular basis to give us a more local approach to events and trends in the different regions they live in.

Trendenz will also feature monthly interviews with people whose work we have been following for some time and others who have just begun, but whose talent is worth being reported.

Our first guest in this Interview section is Alexandra Moura whom we would like to express our most sincere gratitude for her prompt willingness to join in this new adventure and provide her contribution with this interview, on a busy Saturday, four hours before her show at the Lisbon Fashion Week. 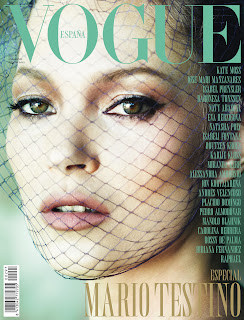 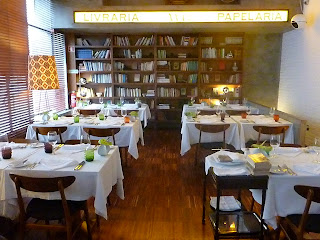 Located in the center of Oporto, “Book” is a pleasant surprise for those seeking a different atmosphere. Located in Rua de Aviz, Nr 10, where once was the bookstore Aviz, the restaurant thus follow the trend in this particular part of Oporto of recovering old stores and buildings and giving them new uses with contemporary touches and vintage looks.
As you enter shelves plenty of books bring you back to the original spirit of the place – a bookstore. aside from the shelves, books are scattered all over the place, among dishes, knifes and forks. Even the menu comes in a small piece of paper inside a random book.
“Book”is the right place for dinner before heading to the many bars that flock the area of for a quiet lunch the day after. Try the delicious pea soup with bits of blood sausage, the grilled octopus with sweet potato and the fine Portuguese red wines. 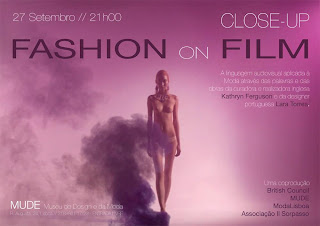 Fashion and film often walk hand in hand and that is why we take this opportunity to walk you by the hand to CLOSE-UP, a special night dedicated to fashion on film and where you will have the opoortunity to see some of the most interesting fashion films produced in England in recent years for brands such as Richard Nicoll, Kenzo or Louis Vuitton.

This special night will take place at MUDE (The Lisbon Museum for Fashion and Design) and is organised by Associação ModaLisboa and Associação Il Sorpasso. This selection is curated by Kathryn Ferguson and will rely also on the presence of Portuguese fashion designer Lara Torres.

“The Next Day”, the much anticipated and publicised new album by David Bowie is out this week worldwide. It all began with the release of the first single “Where are we now” that brings us to Berlin, to the city where he once lived and recorded three of his best albums and where his creativity was at its […]